They say do what you love for a living and you’ll never work a day in your life.

A great concept, but last time I looked (again, just now) into turning the things I love into a profession, prostitution is still widely frowned upon.

By choice, I have been #Funemployed for two weeks now. While I have never slept better or enjoyed the luxury of writing in a different NYC restaurant every day, I understand that my savings are not as bottomless as my brunch and I will eventually have to return to the peasantry that is full time employment.

So in preparation for the day I find out what the limit is on my credit card, here are some new career paths I am considering:

Miss Universe I’m down to talk about world peace for 20 seconds and trounce around stage in a gown until someone gives me the bouquet and crown that I deserve.

The only con is that Donald Trump reportedly comes backstage to look at the girls, which I can get over as long as he keeps the pussy-grabbing to a minimum.

Professional Matchmaker Because those who can’t do, teach. Or setup. You get it.

Hillary Clinton’s Therapist She has been running for president since 2007 until her controversial campaign ended in a dark day of American history this month.

But if she can’t get a job at the end of her campaign, I might as well. One female deserves employment at the end of all this. If working your whole life just to get rejected in favor of a pumpkin spiced megaphone doesn’t warrant regular therapy sessions, remembering you’re still married to Bill should do the trick.

A Kardashian/Jenner Sister Because I can fuck black guys and take selfies as well as any of their Klan.

Bachelorette I can get paid to date 25 guys on television?! Talk about a dream job I can’t believe only 12 women have lived this reality-fantasy. My only negotiation is that I might need the Fantasy Suite before I get down to my top 3.

Also if the producers are able to round up 25 guys who want to date me enough to compete for it, the season will be magical. 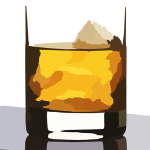